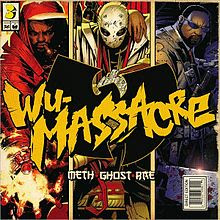 The Wu-Disciples blog has uncovered a few pages of an abandoned Wu-Massacre comic by Bachalo and art director/designer Alex Haldi.  For your viewing pleasure, I have embedded these pages below.  The art style has vague echoes of John Romita Junior.    While there’s nothing in the way of dialogue or word balloons, much of the action is self-explanatory.  Each group member is given a superpowered attribute or weapon that corresponds with their Hip-Hop persona.  Method Man has the power of pyrokinesis, and can incinerate enemies with a wave of his hand.  In accordance with his moniker of “The Chef,” Raekwon carries around a pair of giant meat cleavers.  Ghost is envisioned as bejeweled gargantua with a harem of women.  He also wields a golden semi-automatic.  The action depicted is hyper-violent, which is perfectly in keeping with the mythology of the Clan.  Had this been published, it would have been a really fun tie-in to a relatively underwhelming album.  The pages can be viewed below.  Enjoy. 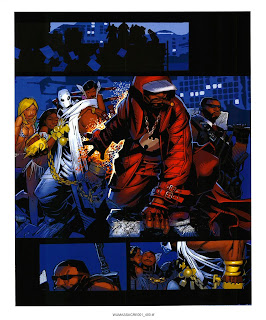 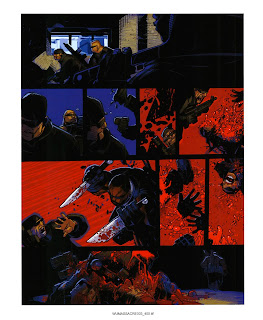 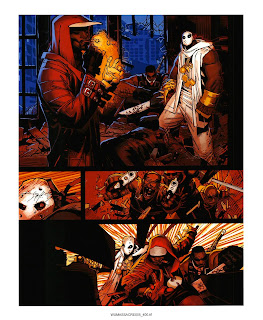 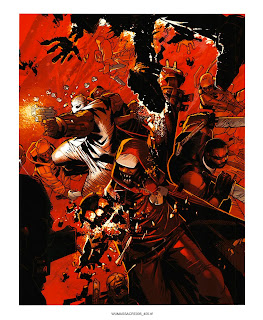 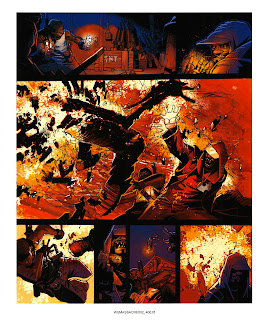 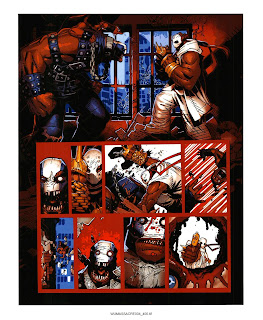