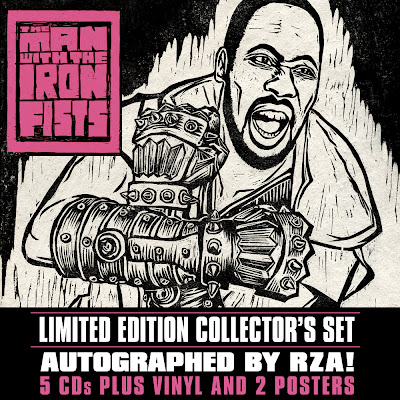 As with so many other songs and albums from the Clan, “Six Directions of Boxing” takes its name from an old chopsocky.  Producer Frank Dukes leads the musical charge. During the intro, the drums click along like the ticking of a clock, as if impatiently awaiting the Clan’s arrival.  Like a bee hovering overhead, the buzzing of strings can be heard.  At regular intervals, a piercing electric sting is delivered.

U-God starts things off in familiar Wu-Tang territory: “When I’m locked down I use Timbs as my shower slippers/I’m in the background mingling with powder flippers.”  Golden Arms is more lucid and coherent than ever.  Church organs gradually rise from the background during his verse.  Around the one minute mark, Tony Starks bursts in like a party crasher.  He continues the dope game/jailhouse motif, albeit with much more personality.  He’s followed by GZA, whose verse begins as the track flowers into a warm, soulful starburst.  Cappadonna also pops up.  Like U-God, his once impenetrably abstract style seems to have mellowed with time.

While “Six Directions of Boxing” isn’t exactly a home run as far as Clan gatherings go, it’s most certainly a base hit.  It’s a solid track with occasional flashes of brilliance and inspiration.  The Wu still knows how to come together to deliver an adequate verbal stomping.  These guys are seizing the moment.  It’s not every day that a nearly 20 year legacy gets cemented by the release of a major motion picture that melds two mythologies (in this case Hip-Hop and martial arts films) together.  Thankfully, the Wu lives on.