This week on Scottscope Talk Radio, we’ll be celebrating the 20th anniversary of Dr. Dre’s immortal classic The Chronic!  Is it Hip-Hop’s best compilation album ever? What can be gleaned from its storied legacy?  Is its legendary status overstated?  What effect did the L.A. Riots have during the recording sessions for the album?  Is it more conscious than people give it credit for?  Does Dre get too much credit in regards to the groundbreaking production work?  Have the contributions of Warren G, Colin Wolfe, Daz, and Cold 187um gone unrecognized?  Will Detox ever come out?  Even if it does, can it hope to match or exceed The Chronic in terms of quality and/or impact? 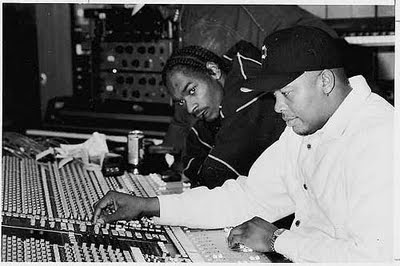 We’ll also be taking a look at the ever worsening situation between Rick Ross and The Gangster Disciples.  Why has one of America’s most notorious street gangs targeted Rozay?  Do they have a legitimate beef?  Was Ross wrong to invoke the name of Gangster Disciples co-founder Larry Hoover on his song “B.M.F (Blowing Money Fast)”?  Was he wrong to include the six point star on his Black Bar Mitzvah mixtape without their permission?  Should he have accepted their invitation to support their charities in exchange for shouting out Larry Hoover?  Is it time for rappers to stop paying tribute these kinds of outlaws?  If rappers didn’t glorify such men, would they be able to avoid this kind of harassment?  We discuss!

Listen to internet radio with Scottscope on Blog Talk Radio
Posted by Unknown at 7:02 AM