This week on Scottscope Talk Radio, we’ll be discussing our favorite holiday themed genre films.  From Die Hard to Lethal Weapon to Halloween (and all flicks in between), we’ll be talking about the movies that best capture the spirit of their assigned holiday.  Is it inappropriate to set violent action films during Christmas time?  Was the pre-millennial tension in Strange Days in keeping with Y2K hysteria?  Did Gremlins represent the perfect blend of horror, humor, and holiday cheer? 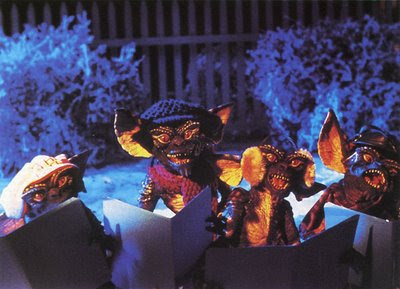 We’ll also be discussing Rolling Stone magazine’s first ever list of “The 50 Greatest Hip-Hop Songs of All Time.”  Is The Message truly the greatest?  Does Rolling Stone have the authority to create such a list?  Are such lists truly valid?  Do they truly represent an accurate sampling of the various tastes and subgenres that exist with Hip-Hop?  Were there any glaring oversights?  Did any particular song place too high on the list?  Will institutions such as Rolling Stone ever take the genre truly seriously?

We also take a look at the current plight of the DJ.  DJing is a fundamental element of Hip-Hop culture, yet it has become something of a lost art.  Those who take the craft seriously are becoming rare.  Skilled professionals are having a hard time securing gigs at certain venues, as the owners of these venues often prefer “celebrity DJ’s.”  As time goes on, truly skilled DJs are being phased out in favor of unskilled poseurs.  Is there any chance of saving DJ from total extinction?

Listen to internet radio with Scottscope on Blog Talk Radio
Posted by Unknown at 1:42 AM