On this week’s edition of Scottscope Talk Radio, the roundtable takes aim at the Motion Picture Association of America's film-rating system!  Instituted on November 1st, 1968, the system was meant provide parents with a handy guide as to the content of theatrically released films.  In the decades since its implementation, things have changed.  The internet has made questionable material readily available to children everywhere.  Primetime network television shows continuously push boundaries.  Mainstream American films are more violent and sexually explicit than ever, and many now believe the ratings system as we know it to be obsolete.    Is the MPAA still relevant?  Do parents still need such an organization to help guide their children’s viewing habits?  Why does the MPAA have a higher tolerance for violence than sexuality?  Why do major studio films get preference over independent films?  Should the ratings system be revamped, or simply done away with? 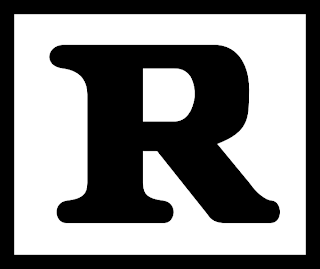 We also take a look at the offensive/titillating content in rap music.  In October of 1990, The 2 Live Crew was acquitted of violating obscenity laws after a racy concert performance. 2 Years later, a judge overturned a ruling that deemed their third album, As Nasty As They Wanna Be, as obscene.  These two victories proved monumental for Hip-Hop, allowing rappers to pretty much say whatever they wanted to in their music.  Since then, the kind of raunchy lyrics that made 2 Live Crew infamous have become par for the course.  Have the important victories won by Luke and company proved to be detrimental to the music?  Do otherwise talentless rappers use lurid subject matter and so-called “video hoes” as a crutch to sell records?  Would they be as popular without such gimmicks?  For example, would Rick Ross be as popular if he didn’t rap from the standpoint of a major cocaine dealer?  Do such artists get a bad rap?  Does it take more than sex and violence to sell in today’s marketplace?  Have audiences become jaded? 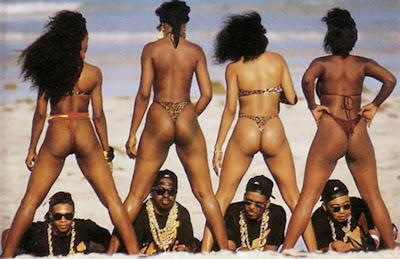 Listen to internet radio with Scottscope on Blog Talk Radio
Posted by Unknown at 4:45 AM