I never would’ve thought that The Avengers would’ve won me over so completely in the last few weeks.  I’ve been sold on just about everything I’ve seen from it since the two Superbowl trailers, particularly the Hulks rampages.  Though the scale still looks smaller than expected for a film of such scope, everything still looks suitably superheroic.  The costumes are hokey and the action is over the top. In the wake of Christopher Nolan’s “ultrarealistic” approach, it’s easy to forget that traditional superhero storytelling isn’t anything to be ashamed of.  An exclusive clip from the upcoming film entitled “Another Bout,” celebrates all that is marvelous about men in brightly colored tights saving the day. 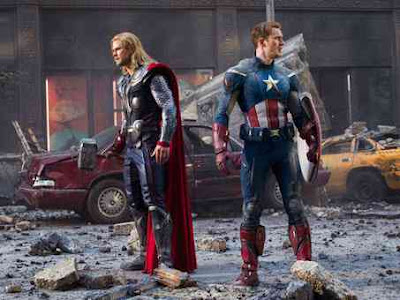