Scary Moments: There Was More Than One ‘Alien’ on the Nostromo

The most memorable single moment from Ridley Scott’s sci-fi/horror masterpiece Alien is the infamous chestburster scene, and justifiably so.  It’s one of the most shocking gross-out moments in film history.  So effective was the xenomorph’s onscreen birth that it actually overshadowed an equally shocking scene that occurred much later in the film.  I’m referring, of course, to the reveal of Ash as an android.  As an adult, I find that moment, as well as the ones that directly precede and follow it, to be most unsettling.  Dare I say I find it scarier than the chestburster, due to its underlying themes and the way those themes are handled. 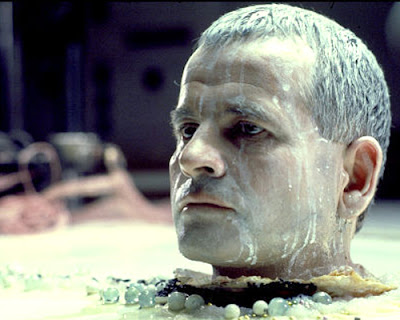