Gareth Evan’s The Raid: Redemption is easily the most intense experience I’ve had in a movie theater so far this year.  It’s a fearsome, untamed beast of an action film that offers the viewer no respite.  I don’t expect any other action movie this year to match it, much less top it.  I also didn’t expect a truly effective parody of the film to surface so quickly, especially not one featuring…claymation cats! 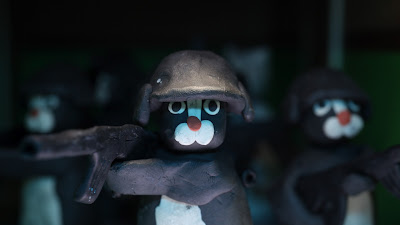