A theme in both The Sopranos and Road to Perdition is the double life that gangsters are forced to lead, especially the ones that attempt to be good fathers.  The lead characters commit any number of sins that put their mortal souls in jeopardy, supposedly so their families can lead comfortable lives.  They also indulge in the worldly pleasures that their underworld status affords them.  They hide that side of their lives from their children, going to great pains to ensure that the sins of the father are not visited upon the heads of the sons and/or daughters.  On one hand, it’s the worst kind of hypocrisy.  On the other, it’s totally understandable.  Those who provide for their own by morally questionable means don’t want their kids to follow in their footsteps.  Though it has nothing to do with gangsterism, the video for Nas latest single “Daughters” wreaks of reeks of a similar brand of guilt. 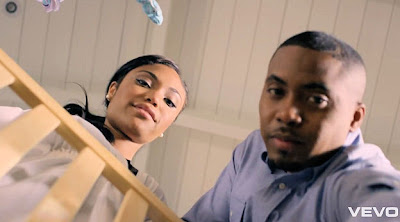