Hip-Hop may have been born in The Bronx, but much of its attitude and style was derived from the borough of Queens.  Throughout the 1980’s, the burgeoning street culture flourished and thrived in neighborhoods like Hollis and Jamaica, as well as public housing developments such as Queensbridge.  In those same areas, another culture developed alongside Hip-Hop, and at an equally prodigious rate.  Its legacy is much darker, but no less far reaching.  It produced legends of a much different sort, ones who sold narcotics and lorded over entire armies that held court in housing projects and local nightspots.  These organizations became infamous throughout New York City, and none loomed larger than Kenneth “Supreme” McGriff and the Supreme Team.  By the mid 1990’s, their exploits would be known the world over thanks to a new generation of rap
artists. 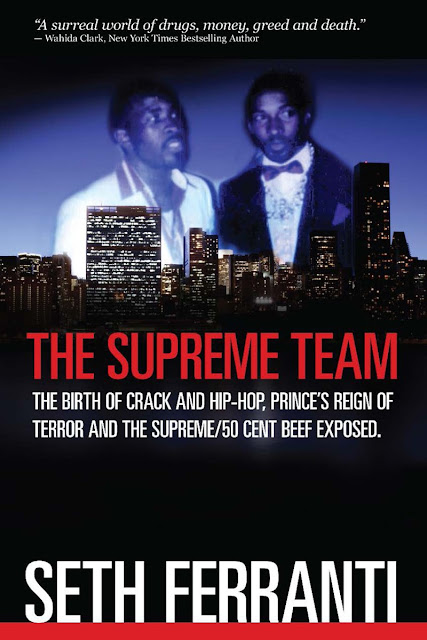