It’s all about Hip-Hop and aliens on this week’s Scottscope podcast!  Hosts Scott Wilson, Chicago Wind, and Iron Lion will take listeners from the slums of Shaolin to the deepest reaches of space.  First on the docket is the 15th anniversary of the Wu-Tang Clan’s second album, Wu-Tang Forever.  Has it aged well over the last decade and change?  Next is up is the Alien Prequel Prometheus.  Is it a worthy addition to Ridley Scott’s sci-fi resume?  Also this week, Steven Spielberg’s all time box office hit E.T. the Extraterrestrial celebrates its 30th anniversary.  Is it still the heartwarming classic it’s remembered to be?  Last but not least, the Scottscope roundtable discusses Nas attempted mock lynching of Jay-Z at the 2002 Hot 97 Summer Jam.  Did Godson take it just a tad too far? 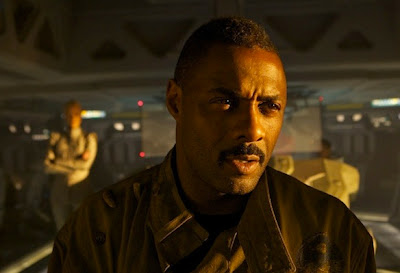 At the dawn of the late 1990’s, Hip-Hop was in a transitional period.  The murder of Tupac Shakur brought the reign of Death Row Records to a tragic end.  It also seemed to signal the death knell for west coast gangsta rap as a whole.  Likewise, the murder of the Notorious B.I.G seemed to signal the end of New York’s reemergence on the national rap radar.  Though the Hip-Hop nation was in mourning, the time was clearly right for a new regime to assert its authority.  Since the fall of 1993, Staten Island supergroup the Wu-Tang Clan had been carrying out a silent coup.  In the wake of the East Coast/West Coast wars, they were poised to deliver their collective finishing move.  Their five year plan would culminate in a massive double album opus.  1997 might have been the year that the greatest rapper of all time died, but it was also to be the year of the Wu.