A Very Cool Moment in a Very Bad Movie: Bruce Wayne Comes Face to Face With His Darker Half

In light of Christopher Nolan’s massive success with the Batman brand, I find it interesting to look back at where the franchise was just before he came on board.  After Batman Returns proved a bit too dark for mass audiences, Warner Brothers took the directing reigns from Burton and handed them over to Joel Schumacher.  They hoped he’d be able to take things in more lucrative direction.  He actually managed to do just that with 1995’s with Batman Forever.  He then turned around and killed the franchise, and by extension the modern superhero film, with 1997’s Batman and Robin.  Both films are equally bad, but the former wasn’t a total loss. There was a very memorable scene filmed for it that ended up on the cutting room floor.  If nothing else, it proves that Joel Schumacher’s vision for the character wasn’t totally execrable. 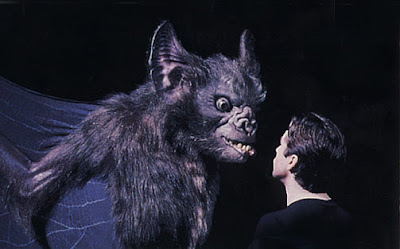 The Scaredy Cat Chronicles: How I Was Emotionally Scarred by ‘E.T. the Extra-Terrestrial’

E.T. the Extra-Terrestrial celebrated its 30th anniversary yesterday.  For many, the film is a magical childhood touchstone.  Its sentimental portrait of friendship struck a chord with audiences the world over.  That is a testament to the skills of its writer/director, the legendary Steven Spielberg.  Though it hasn’t quite stood the test of time the same way that other classics have (As the slightly disappointing box office returns of its 2002 re-release proved), it still looms large in the public consciousness.  While its 30th birthday might bring about fond memories for some, it’s a bit of a downer for me.  It reminds me of a deep dark secret I have harbored for all these years.  As much of a Spielberg fan as I am, I’ve never really liked E.T. the Extra-Terrestrial.  In fact, as a child, I found it downright terrifying. 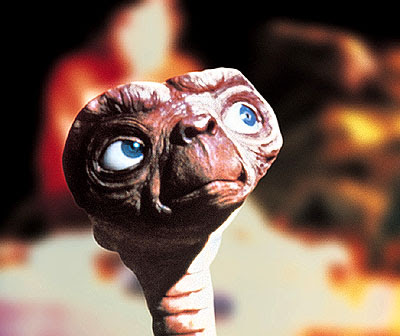