King of the Jungle: ‘Predator’ Turns 25

1987 was a big year for producer Joel Silver.  Lethal Weapon was released on March 6th to great success.  It launched a franchise and reinvented the buddy cop genre.  Three months later, another Joel Silver production would stake a similar claim at the summer box office.  It was yet another “high-concept” offering, as well as a genre mash-up.  It would combine the militaristic jungle adventure motif of Rambo: First Blood Part II with the otherworldly menace of Ridley Scott’s Alien.  While that might sound like an uneasy match, director John McTiernan made it work like gangbusters.  Though the production nearly swallowed him whole, he stayed the course and finished the game.  On June 12th, 1987, the world beheld the fruit of his labor.  It was titled Predator. 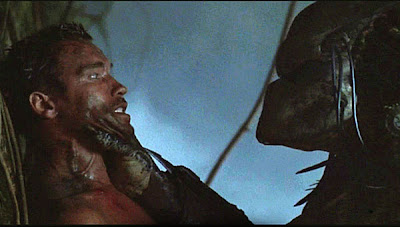