By the early 1980’s, the once powerful Shaw Brothers Studios was a shadow of its former self.  To make matters worse, The Hong Kong new wave was in full swing.  Rival studio Golden Harvest had risen to prominence on the strength of the "Terrific Trio."  The acrobatics and superb comic timing of Jackie Chan, Sammo Hung, and Yuen Biao dazzled audiences worldwide.  By contrast, the Shaw Brothers approach seemed hopelessly dated. 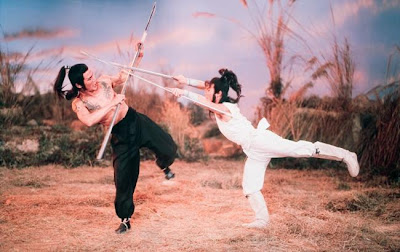