Restraint is a foreign concept when it comes to marketing genre films.  Studios would rather use advertising to bludgeon audiences into submission than to entice them into the theater.  That makes it very hard for those of us who avoid spoilers like the plague.  The new domestic trailer for Looper is a great example of this practice at work.  It comes right on the heels of the international trailer.  Not only does it reveal new shots, but offers slightly extended versions of ones that were merely teased in the first two trailers.  The result is the movie marketing equivalent of a car wreck.  In this particular case, the carnage is so beautiful that one can’t bear to look away. 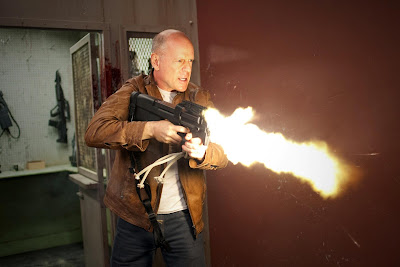