Collectively, the Transformers films represent a wasted opportunity, though not in the way that many would assume.  They could have been big budget renditions of Japanese Super Robot films, thus serving as a wonderful introduction to the genre for American audiences.  Alas, they were content with being run-of-the mill summer blockbusters.  If only their considerable production values could be employed by someone with a bigger imagination and a better story to tell.  Luckily, cinematic fantasist Guillermo Del Toro has an affinity for Kaiju films.  What’s more, he has channeled that love into his latest project, Pacific Rim. 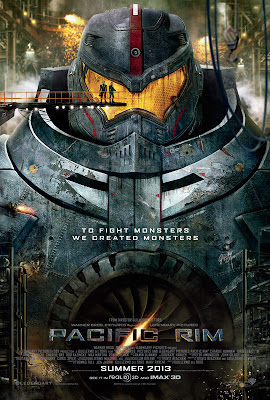