Logan Readies For Battle In The Motion Poster for ‘The Wolverine’


Back when I was in the fifth grade, I encountered a fearsome looking character known as Wolverine.  I had seen him before, but knew very little about him.  That changed when a classmate brought a trade paperback to school that bore his name as its title.  It collected all four issues of the classic limited series by Chris Claremont and Frank Miller into a single volume.  The cover art was absolutely beautiful, or so I thought at the tender age of 10.  It depicted the title character tussling with a group of ninja.  The shadow warriors clearly had their hands full, as it looked like they were trying to restrain a rabid pitbull.  Wolverine even had a length of chain clamped between his teeth.  That which separates man from beast would feature prominently in the story, but I was much too young to truly understand such themes.  All I knew was that I had to read that book.  Read it I did, and I absolutely loved it.  To this day that cover image remains seared on my psyche.  It’s the defining image of the character as far as I’m concerned.  The new “motion poster” for the upcoming sequel The Wolverine tries for something equally as memorable, by showing a totally different side of the character. 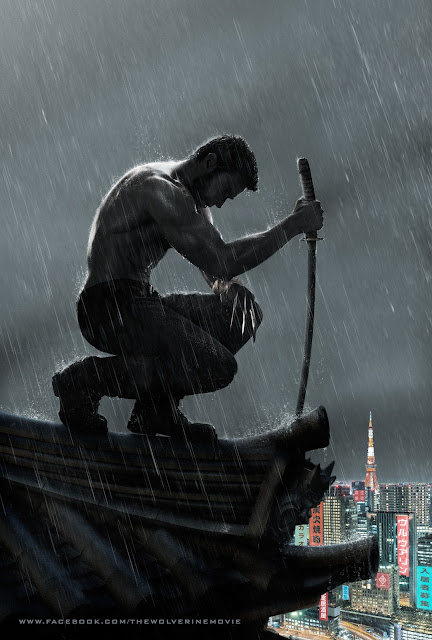