This week, Scottscope looks ahead to some of the year's most anticipated movies.  We’ll be discussing many of the big releases, as well as some of the smaller ones.  The massive success of Christopher Nolan’s Dark Knight Trilogy notwithstanding, will Man of Steel finally break DC’s losing streak at the box office?  Will Pacific Rim outclass the Transformers films?  Will Thor: The Dark World be any better than the first film?  Will Iron Man 3 get that franchise back on track?  Is there any chance of The Last Stand actually being good?  Has the 80’s action hero resurgence finally run its course? 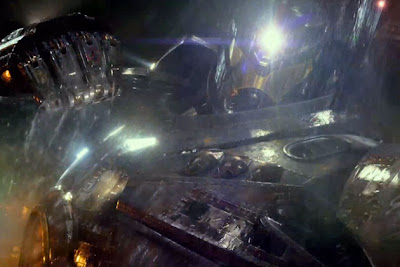 We’ll also be taking a look at some of the year's most anticipated rap albums.  Is it time for Jay-Z to hang it up?  Could Rick Ross finally deliver the classic that so many believe he’s capable of?  Will Long Live A$ap make A$ap Rocky a star?  Ghostface has two albums coming out this year, one of which is collaboration with Adrian Younge.  Which one will be better?  Does anyone aside from Lil Wayne fans think that The Carter V will actually be any good?

We’ll also be discussing the current controversy surrounding Neca’s line of Django Unchained action figures.  Is this kind of merchandising inappropriate and/or insensitive?  Is it wrong to make action figures based on characters from R-Rated films?  Are the offended parties in this case simply ignorant of modern movie merchandising and fanboy culture?  Should they find something more consequential to raise a fuss about?

Listen to internet radio with Scottscope on Blog Talk Radio
Posted by Unknown at 6:14 PM