Over the past 40 some odd years, many a mainstream filmmaker has paid homage to the beloved B-movie genres of their youth.  Quentin Tarantino has built an entire career on doing so, and been branded a plagiarist for his troubles.  Hip-Hop culture has followed a similar trajectory over that same time period, and garnered similar criticism.  Luckily, like their cinematic counterparts, rappers have not been deterred from their chosen path.  They have always stolen from the best, and will continue to do so.  In fact, they are constantly expanding their repertoire.  The new trailer for 12 Reasons to Die, the upcoming collaborative album from Ghostface Killah and musician Adrian Younge, shows that true artists can find inspiration in just about anything. 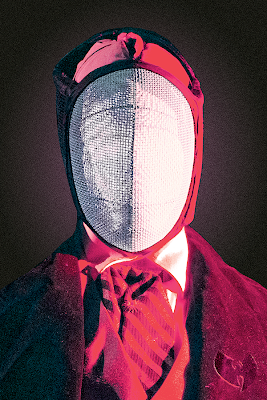 Producer Adrian Younge has already stated that the album will serve as the score to a vintage Italian Horror film from 1968.  The trailer emphatically confirms such ambitions.  From the eroticized, occult imagery to the Crayola inspired color scheme, the clip feels like the album’s coverart come to Technicolor life.  RZA’s voice-over also contributes to the kitschy-yet-eerie atmosphere.  I hope that the weirdness on display results in a worthwhile album, and not just a self-indulgent oddity.  Considering the talent involved, I’d bet more on the former than the latter.  Still, my fingers are crossed.  I have placed a link to the trailer just below.  Enjoy.