During his face-off with the conniving house slave Stephen, Django Freeman triumphantly declared himself “That one nigger in ten thousand.”  Indeed, the film’s cartoonish finale proved him to be just that.  Such flamboyant touches have always been a major part of Quentin Tarantino’s oeuvre.  After all, the guy has never been known for his subtlety.  In fact, a friend and colleague of mine very recently pointed out a rather sneaky (and potentially inflammatory) bit of foreshadowing in regards to Django’s self-proclaimed status. 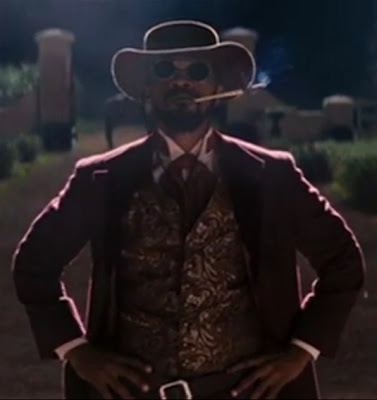