Devout family man John (Scott Adkins) is awakened from a peaceful sleep to find armed invaders in his home.  He confronts them in an attempt to protect his family, but is savagely beaten into a coma.  He eventually awakens, only to discover that his wife and young daughter were brutally murdered during the attack.  Plagued by nightmarish flashbacks of the event, he embarks on a mission of vengeance.   Every answer he uncovers along the way only begets a plethora of ever more frightening questions.   His quest ultimately leads into the very heart of a volatile separatist group populated by Unisols (Universal Soldiers).  John may just find the truth that he seeks, but is he equipped to face it? 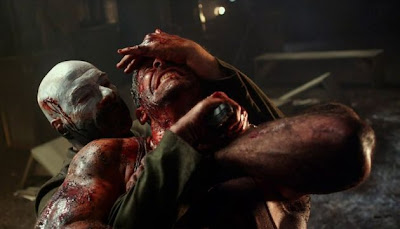